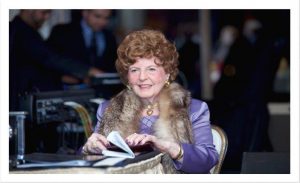 "Bea is a nurse by training, an entrepreneur by profession, a humanitarian by choice, and a benefactor by grace. Everyone should have a goal to leave foot- prints on this earth. Our Bea has left a long trail of them that will be around forever."

“Bea is a nurse by training, an entrepreneur by profession, a humanitarian by choice, and a benefactor by grace.  Everyone should have a goal to leave footprints on this earth.  Our Bea has left a long trail of them that will be around forever.”  THE PROMISE

The story of the life of Beatrice Castiglia-Catullo (Bea) is the material of great literature.  The never-ending efforts of this great humanitarian and the unembellished facts of her life are amazing and inspiring.  R.A.I.N.’s history mirrors Bea’s own journey of faith, love and commitment.

Bea had always felt a connection to the Franciscans and in 1946, at the age of thirty, she became a Third Order Franciscan.  Since she has always felt compassion for the sick, elderly and poor, nursing was a likely choice for Bea.   In 1947, she became a nurse at Westchester Square Hospital, the place she worked for the next 28 years.  Juggling hospital duties, homemaker responsibilities and the joys of raising her three children - Alberta, Athanasius “Buster”, and Joseph (Richard died at 2 months old), in a three-room apartment became an almost overwhelming task when combined with the care of her husband and mother-in-law, who were both ill.  Bea promised God she would devote a lifetime of charity work to others if only she could survive the stresses in her own life.  Bea received a validation of the promise she had made in a dream.  Strengthened by this, her life work began.

On her first venture after her promise, Bea helped build a chapel for the Sister Servants of Mary; a stained-glass window of Saint Maria Soledad was made in the chapel in honor of Bea.      Bea also organized and became the first President of the Parkchester Chapter of Cancer Care, Inc.  She also founded and organized the Medical Mission Aid Center at St. Raymond’s parish.

In 1964, while still a nurse, Bea founded a home attendant service for the elderly who were being discharged from hospitals without proper home care.  Bea used her own funds to assist the first patient.  In doing so, she earned the admiration of Monroe Lovinger, her patient at the time, who established the first donation of $500.  When asked for the name of her new organization, Bea eagerly tried to think of a name; she looked out the window, saw that it was raining and chose to call the agency RAIN (the acronym was created afterword).

Continuing her work in the hospital, Bea rented a Westchester Avenue storefront and set up R.A.I.N. with a single chair, table and telephone.  Shortly, she accumulated so many donations of clothing, furniture and knickknacks that she opened a thrift shop which helped to defray operating expenses.

R.A.I.N. was incorporated in 1965.  After functioning as a voluntary organization surviving on small community contributions for almost an entire decade, R.A.I.N. was awarded its first government contract by the New York City Department for the Aging in 1975 to provide home care services in Community Boards 9 & 10.  That was just the beginning.

In 1975, Bea resigned from Westchester Square Hospital and was hired as a Discharge Planner and Director of Social Services at Parkchester General Hospital.  In 1987, she became one of the first female members of the Rotary Club of The Bronx.  In 1989, her husband of 54 years, Albert Castiglia died.  Three years later, Bea remarried Dr. Dante Catullo; he died in 1997.

Under Bea’s guidance and simple philosophy that “we must rely upon the resources available in our community to provide a consistently high level of care for older community residents,” R.A.I.N. continued to develop comprehensive community services for homebound and elderly persons.  Bea has always guided R.A.I.N. towards a focus of providing comprehensive services to enhance the quality of life for all seniors as an alternative to institutionalization.  Her incredible talents have developed R.A.I.N. into a multifaceted organization.  Today, R.A.I.N. is the largest nonprofit social services agency in The Bronx offering thirteen full-service neighborhood senior centers, home delivered meals, home health care, transportation services, assistance with benefits and entitlements, case management, and housing for low-income seniors, in addition to mobile meals for homeless and hungry persons.

On May of 2012, Bea’s daughter Alberta passed away at the age of 76 after a four-year battle with cancer.  Bea described this as the most heart-wrenching experience of her life.  That same year, author Nan Clark wrote a book about the inspirational story and personal journey of Beatrice Castiglia-Catullo titled “The Promise.”  All profit from the sale of the book have gone to charity; Bea has never accepted any compensation for any charity work she has done.

Bea has been presented with a myriad of honors and awards throughout her life.  In October of 2016, at the age of 99, Bea was awarded with an Honorary Doctorate Degree by Mercy College.

In 2018, after being diagnosed with a brain tumor, Bea was cared for by the Dominican Sisters of Hawthorne at Rosary Hill Home.  On May 12, 2018, at the age of 101, Beatrice Castiglia Catullo passed away.

On May 22, 2021, Bea was honored with a Street Co-Naming – “Beatrice Castiglia Catullo Way”-   on the corner of Morris Park Avenue and Matthews Avenue in the Bronx, located across the street of R.A.I.N.’s main office.

Through her never-ending good deeds, Bea has touched the lives of countless people.  She gave love and kindness to everyone she encountered.  Her Promise to God so many years ago was fulfilled and will continue; Bea’s legacy will live on forever.

Important This site makes use of cookies which may contain tracking information about visitors. By continuing to browse this site you agree to our use of cookies.